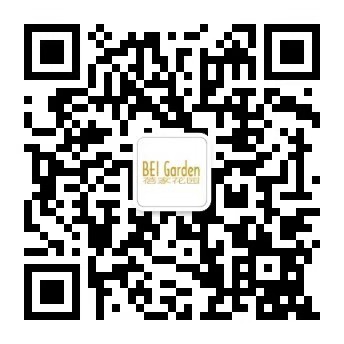 “Every piece of my design is a letter to express love.”——Bei Chen

The magazine “World Knowledge Pictorial – Diplomatic World”, which is under the supervision of the Chinese Ministry of Foreign Affairs, has recently conducted a comprehensive interview with fashion designer Chen Bei. The interview is about her journey from a fashion designer who loves design and ventures into Paris, to become a bridge between Chinese and Western culture, art and fashion, And then to take the path of public welfare. Chen Bei graduated from the Academy of fine arts of Tsinghua University (formerly the Central Academy of Arts and Crafts). After graduation, she went to Paris, France,where she continued her further study at the Atelier Chardon Savard School of fashion design. She started a seven-year learning and entrepreneurial career in a completely strange country that brought her unlimited creative passion and dream. ▲Bei Chen in her own fashion studio

2004 was the beginning of the BEIstyle. In Feburary 2005, Bei launched her first fashion show next to the Élysée Palace, the official residence of the French President.This debut sent shockwaves across Parisian society, with feminist politicians, great figures in fashion and literature and other highly respected women coming to together to applaud the new direction.Marie Laforêt, Cécile de France, writer/lyricist Marie Nimier and the wife of the Prime Minister were some of the famous names lending their names to the launch. The BEI Art Centre was then established at the Passage de Grand Cerf, in the 2nd arrondissement of Paris and Bei become known by the press as the “star of the Montorgueil Quarter”. Bei is devoted to Sino-French cultural exchange in the arts and fashion. Her design is an integration of Chinese traditional art and culture with modern fashion. Through apparel design, she projects thousands of years of Chinese history and cultural development throughout the world. In 2007, Bei brought BEI back to China and hope to show the unique characteristics of Chinese women through her costumes. By integrating French fashion and Chinese traditions, she became known as a “hybrid designer”. The Eastern elements imbued with a Western presentation has generated a unique style which earns the praise of government, artists, business people and aficionados. Her fame among elite art and media circles grew rapidly. In 2012, Mr.Mo Yan , who won the Nobel Prize for literature , rejected the sky high endorsement fees of many major fashion brands at home and aboard, and chose Chen Bei, who deeply understood the expressing of Chinese and Western culture,to design his clothes independently. Clothing is a language that reflects cultural background and personal cultivation. On the international stage , Mr. Mo Yan hopes to express not China or the world, But the integration of the two. In 2015, Chen Bei founded an unique art salon BEI Garden,creating a platform for integrating Chinese and Western cultures. She has unified Chinese and foreign artists in events which straddle various cultural disciplines. Her purpose has been to investigate the spiritual elements that cut across the arts and humanities, especially regarding aesthetics, refinement and cultural education. In February 2017, the Bei Collection Opera was hosted by the mayor of the 8th arrondissement, to promote Chinese design and cultural exchange with France, conquering the Parisian fashion critics and elites once again.Although France and China resumed diplomatic relations in 1964, Bei is the first Chinese recipient of an invitation by the Parisian government to represent design and couture. The Bei brand became the first and only international fashion label to launch from a mayoral palace. In 2018, based on Chen Bei’s series of outstanding achievements in the field of fashion design and her outstanding contributions to the cultural exchanges between China and the West over the years. Chen Bei was awarded the title of “chief designer of Fashion World Asia Pacific region” at the fashion world annual grand ceremony. In 2021, as one of the initiators of the project of caring for autistic children and families, Chen Bei actively participated in the “Spring Bud Action Plan” and advocated promoting public welfare by industrial development.

Through the international perspective, the unique design concept and the profound interpretation of the art works of autistic children, the “star and ocean” series clothing is derived and designed to build a platform for autistic children to enhance their self-confidence, tap their potential and integrate into the society.

At the same time of creating a visual feast of love and beauty, we should build an interactive bridge of heart to heart, and strive to promote the whole society to give a wider understanding and help to the autistic children.

▲Inspirational art from artistic children with autism——BEI Collection:Star and Ocean